When the Team Does Not Fit

In the last few years I have spoken with many CEOs and entrepreneurs whose last startup failed. When asked, about half said the team was not right. When I asked what they meant exactly, I received several answers, from ‘this and that were not good enough’ to ‘we had communication issues/ego management issues’ to one that said, ‘we were 3 engineers and we all had the same skill set, when we really needed diversification’.

‘OK’, I replied, when did you know that the team was not right? All of them admitted they knew it in the first month, some even knew earlier. One said, ‘before we even started’.

My conclusion is that the real problem was not that the team was not right, the problem was the CEO did NOT make the hard decision when it was really required.

Making easy decisions is easy – making hard decisions is hard, the main role of the CEO is to make decisions, and when the CEO doesn’t make those, the entire organization will die. Just imagine that the team is not right, the reality is that everyone knows that, and everyone expects the CEO to make the right decision (right, obvious and hard) – when the CEO doesn’t, the result is always the same, the top performing people will leave. 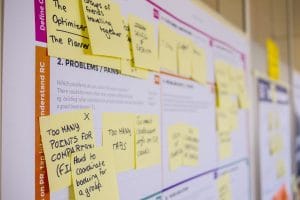 Users’ Perception of the Problem